Hi! Click one of our agents below and we will get back to you as soon as possible.
Customer Care Lorenzo Martin
On line 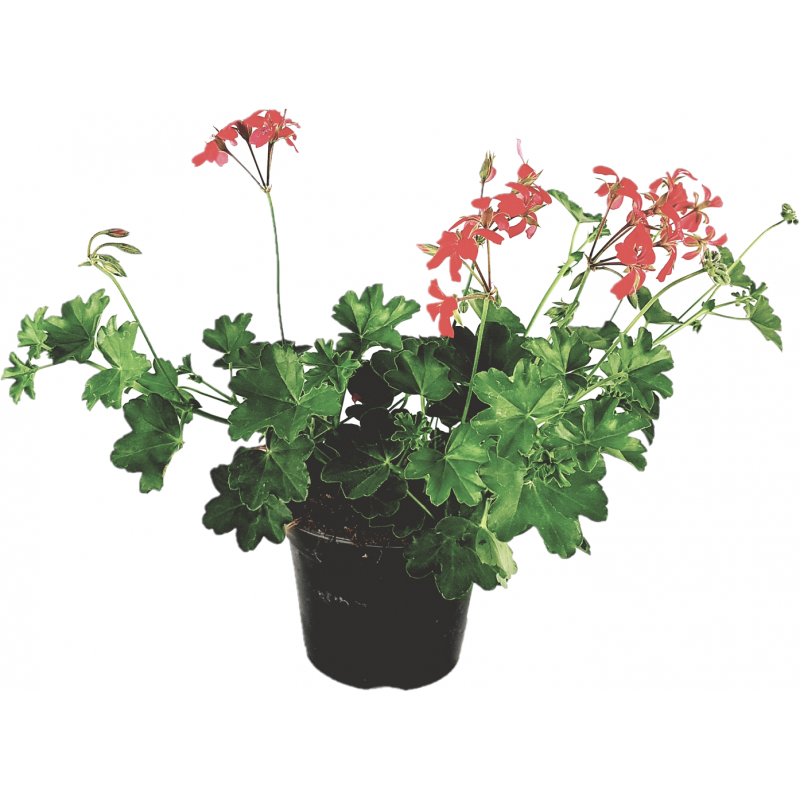 The ivy or Parisian geranium is one of the most appreciated plants for its constant flowering, red flower.

The Parisian geranium more correctly called pelargonium or ivy geranium is a genus of plant that belongs to the Geraniacee family, geraniales order, magnoliopsida class, magnoliophyta division, eukaryota domain (this is the scientific classification). It is originally from South Africa. The Parisian geranium is to be considered the most popular of the so-called balcony flowers, for its excellent resistance to cold and heat, but also for its appearance, which is very pleasant for its evident decorative qualities, which have made it ideal for giving life in real multicolored waterfalls on terraces or in garden planters of all shapes and sizes. However, the pelargone does not survive at temperatures lower than - 4 or - 5 degrees and consequently, at the end of the summer, it must be pruned and placed in an environment with a temperature higher than this limit threshold.

During the whole cultivation, the plants must be kept in a bright and not very humid environment, they also bear very well the full sun, in particular in areas with dry and ventilated climate. To promote compact and well-formed growth, it does not shade in autumn and winter. Shading will be necessary from March onwards, on very hot days, to avoid the leaves from drying out and, consequently, staining or drying. In these days the shading must not be continuous, but restricted to the hottest hours. Shading further delays flowering.

It is advisable to start with only slightly fertilized soil and then follow the growth of the plant by increasing the fertilizations. Fertilization is stopped before flowering begins. During cultivation, balanced N: P: K fertilizers are used, from February onwards we switch to fertilizers with higher P and K. Fertilization with 10 g of complex fertilizer per decaliter of water in spring and summer can also be suitable.

It is a species that bears very well low temperatures, unlike other geraniums, so much so that it can survive even in cold temperatures. Better not to drop below 0 degrees.

Exposure
Outside: in full sun
Flowering season
Spring/Summer
Height of plants
from 20 to 50 cm
Color
Red
Diameter of the flowerpot (cm)
14

16 other products in the same category:

Be the first to write your review !