Hi! Need a green advice? Ask to us, we are now online.
Customer Care Lorenzo Martin
Sonia Moore
On line

Microgranular for gardens and gardens

SHIPPING COSTS OUTSIDE ITALY STARTING FROM 10 €. CHECK ACCORDING TO YOUR LOCATION ONCE LOGGED IN
Availability:  In Stock

Microgranular for gardens and gardens 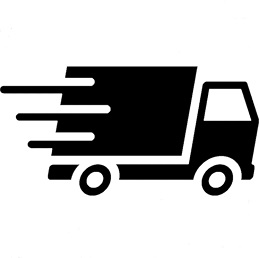 You can return or exchange one or more items within 30 days of the delivery date.

Calciocyanamide 5 kg al-fe - Microgranular for gardens and gardens 5 kgapplies to all crops EC fertilizer Calciocyanamide nitrate Microgranular -N- 19.8 percent.Period of use: From January to April and from September to DecemberFeatures Characteristic compound that undergoes in the soil a series of chemical transformations- calcium cyanamide> cyanamide> urea> ammonia sal From this derives a series of typical properties 1. gradual availability of nitrogen as the described reactions take place. 2. The transformation is influenced by the PH of the soil -+ fast in neutral by acid + slow environment in alkaline environment.- 3. The lime content that forms calcium carbonate acts as a corrective for acidic soils. 4. Multiannual treatments with calcium cyanamide show substantial improvements on the natural fertility of the soil. The CALCIOCIANAMIDE also shows a multipurpose action against fungi, young weeds, insects and other animal parasites present in the ground.
AL.FE
8006666323233
33 Items

12 other products in the same category:

Be the first to write your review !