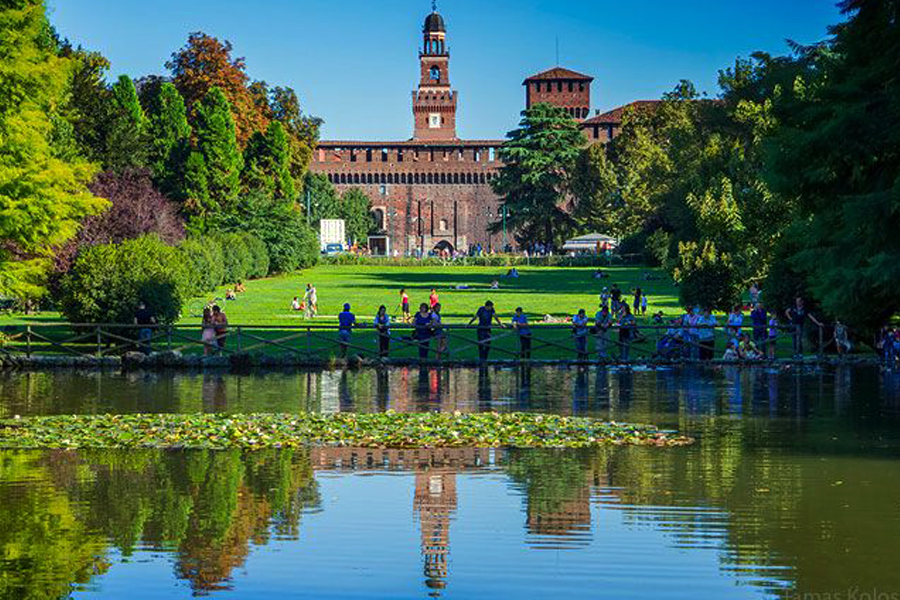 SFORZA SUMMER 2020: CONCERT BETWEEN THE GARDENS

By Federica Salerno
In
Views (516)

If you stay in Milan in the evenings of August, you have an insured destination: the Sforza Castle.
From June 21 to September 4, in fact, the castle hosts every day in Cortile delle Armi the live events of the eighth edition of the Sforza summer - a project promoted and coordinated by the Municipality of Milan - with dance, music and theatre shows.

The August program is very rich: the month will be inaugurated by the concert "Great music for great films", during which the Orchestra a plettro of the city of Milan will perform music from important soundtracks, accompanying the projection of film scenes.
Only apparently opposite will be the concert on August 8 "88 shades of ... rock!", a musical journey through the history of rock - from the late 1950s to the mid 1990s - which will be carried out through the 88 piano keys!
Through music, important issues of the contemporary world will be addressed: on August 23 during the concert-event "Climate X Life 2020 (2.0)" artistic performances and testimonies of reality in the front line on current environmental and health emergencies will take turns on stage to communicate that music is there, alive, aware and active for the care of our planet.

Unmissable for anyone, like us, who cares about the "green" world will be the "Concert among the gardens" on August 25, by and with Manuel Ferreira and Elena Lolli, who with the music of Mauro Buttafava, videos and photographs, will take you on a journey through the schools, neighborhoods, parks, prisons and balconies of the city of Milan, to tell us the stories of the gardens of this city and how citizens have rediscovered the relationship with nature, creating a community vision of living and a new way of being together.
From the thirty-year gardens of the southern immigrants, fenced with recycled materials and strenuously defended, to the community gardens, without fences and managed through collective rules, to those very similar to small gardens for families or individuals looking for outdoor life, we will be brought to rediscover the metropolitan city through a different point of view than the common one. A careful look will then be reserved for the gardens of the Giardino degli Aromi at the ex Paolo Pini, those in Via Chiodi at Barona, the Cascina Albana at Bovisa, the illegal gardens along the Lambro river. In addition to this reality, the emblematic case of the city of Rosario in Argentina will be investigated, where due to the poisoning caused by the soybean monoculture fertilizers, many farmers were forced to abandon the countryside around and move to the city in search of lands to survive.
This is how the garden becomes a personal expression within this show, a place where you can find yourself, a place from which to start again to give meaning to the life of the community: it is thus one of the few places where divert generations meet and confront each other.

Alongside the concert the weight of the theatrical performances is also remarkable: the actor Roberto Mercadini will present on August 2 "Little Boy: Incredible and True History of the Atomic Bomb", while the following day Laura Pozone will stage "Dita di Dama”, a show that talks about work and female work, set in the late 1960s, but tremendously current.

Booking online for events (at the link https://www.mailticket.it/rassegna-custom/120/Estate_Sforzesca_2020) is highly recommended - even for free shows – but you can also buy tickets there, until they are sold out.

Finally, it is important to underline that as well as the previous one, this eighth edition is also eco-friendly, with the aim of raising public awareness of the environment and implementing good practices and improving virtuous both on the part of the organizers and the spectators.